These new fares replace the previous zone based system for Luas fares (map at bottom of page for reference).

A new TFI 90 Minute fare (TFI 90) now applies to most journeys. This fare combines what was formerly the Luas 2 – 8 zone fare structure and includes the option to transfer between Dublin Bus, Luas and most DART, commuter rail (zones 1 to 4 in the Short Hop Zone) and Go-Ahead Ireland services in Dublin. To avail customers simply need to touch on their last journey within 90 minutes of the first.

The TFI 90 fare is just €2.30 for adults and students when using their TFI Leap Card during a promotional period and only 80 cent for children up to and including 18 years.

There is also a short fare for single trips up to 3km.

On Luas the introduction of the new short adult fare of €1.60 replaces the previous 1 zone fare structure.

*This fare will apply during a promotional period to the end of March 2022 after which the fare will change to €2.50. 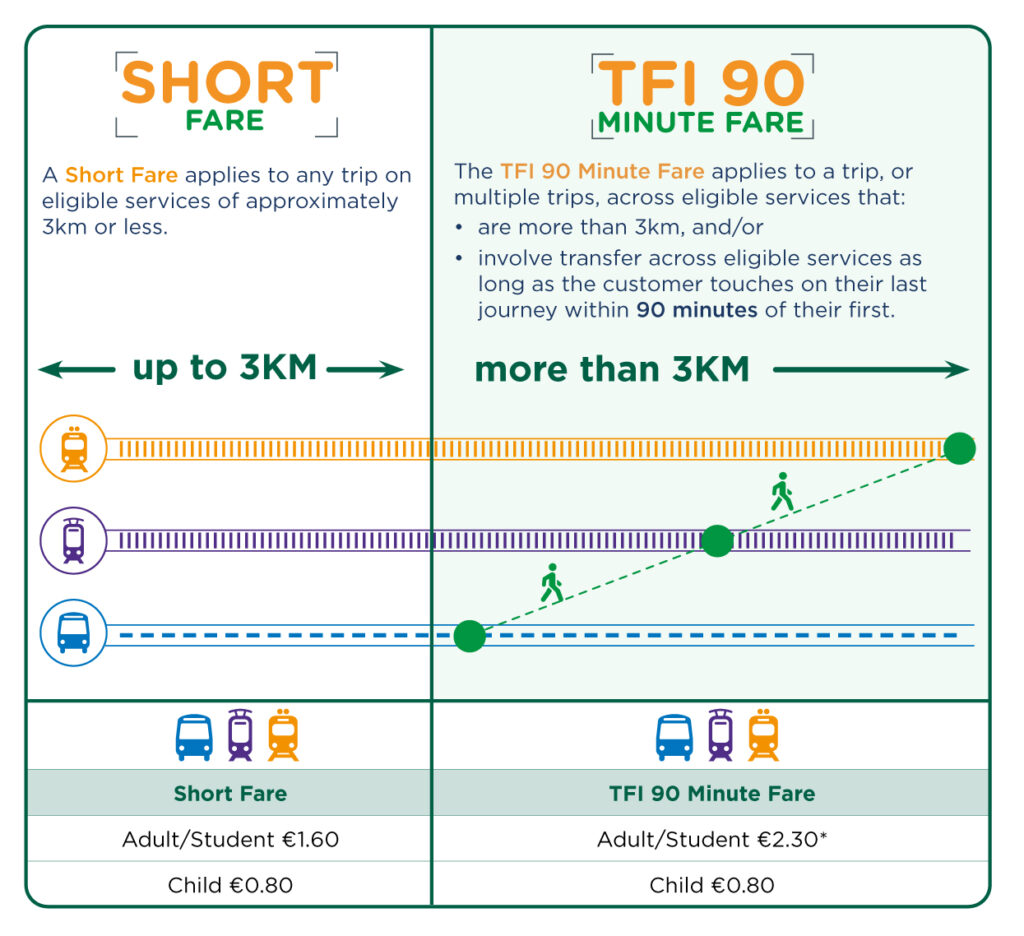 * This fare will apply during a promotional period to the end of March 2022 after which the fare will change to €2.50.

You can check your Travel Credit balance and Top-Up your TFI Leap Card at any Luas ticket machine. 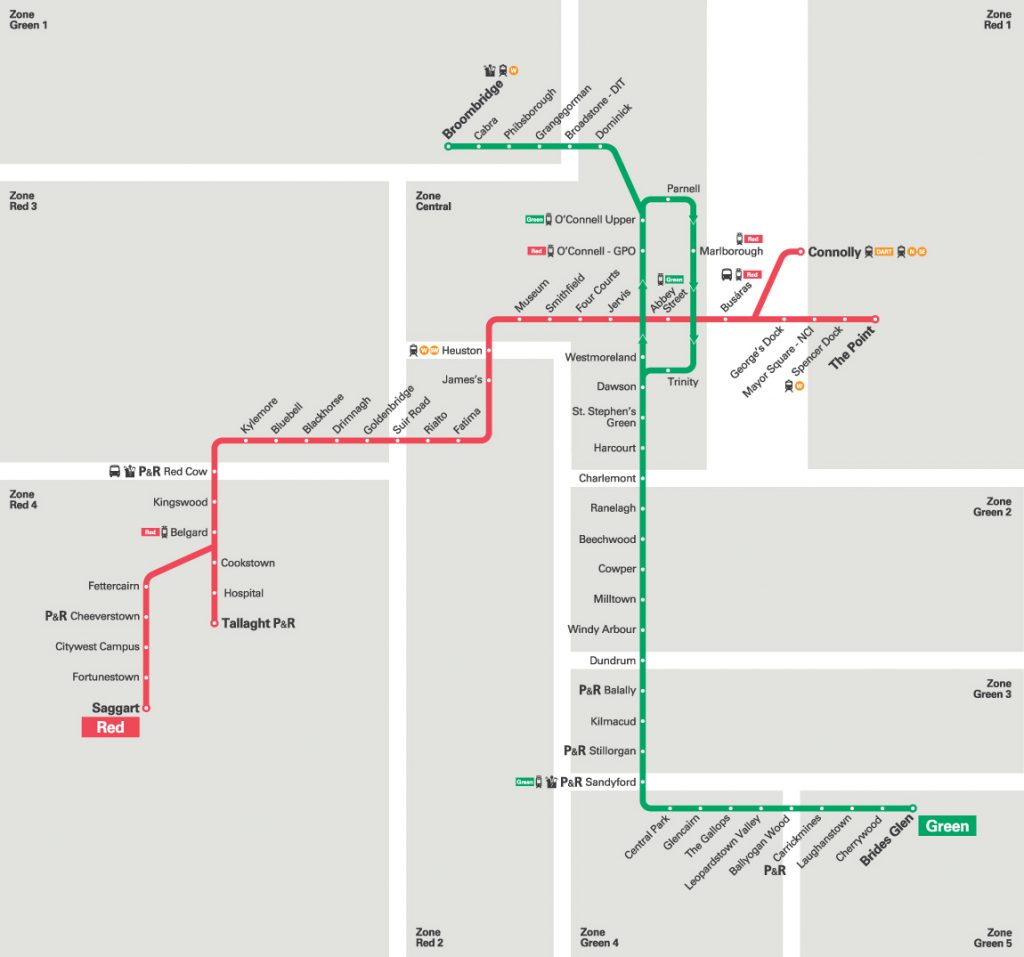