TFI Leap Card can be used on Cork City bus services (operated by Bus Éireann) as well as Cork commuter rail services on the Cork-Cobh and Cork-Midleton lines. TFI Leap fares are 30% cheaper than cash single fares on city bus services, so commuters can pay as little as €1.68. And if you travel by train you get a great deal with TFI Leap Card fares as low as €1.73.

From 1st December 2018, things are getting even better for Cork Commuters, with an expanded city fare zone. Now new areas like Kinsale, Mallow, Fermoy, Bandon and Macroom as well as the numerous smaller towns between them
and the City Centre will be in the new Cork Green zone. Commuters in these areas can get Leap 24 hr, Leap 7-day, monthly and annual tickets that allow travel into Cork City and around the city fare zone. 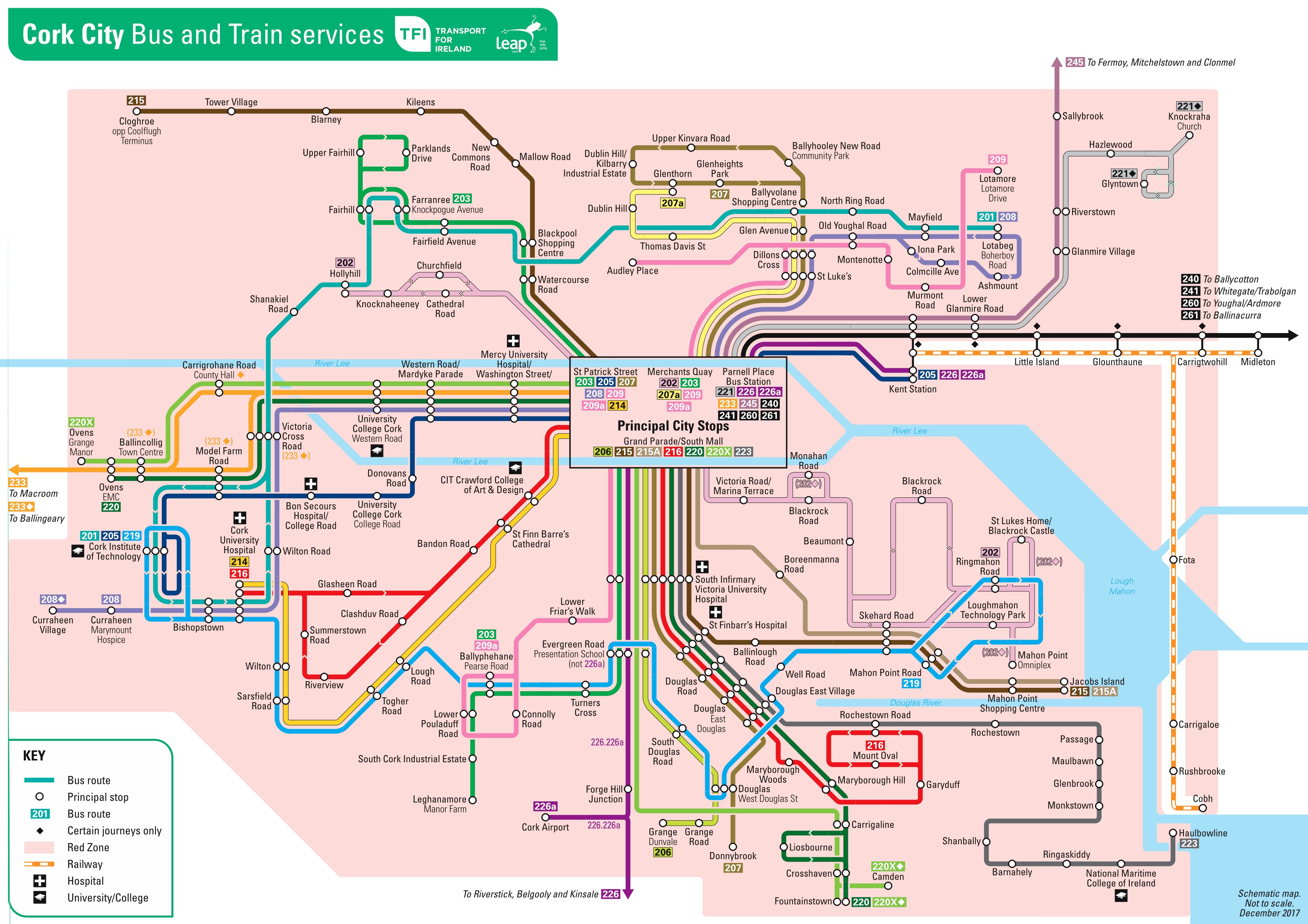