TFI Leap Card can be used on the following Bus Éireann and City Direct services in Galway:

TFI Leap fares are up to 30% cheaper than cash single fares on city bus services, so commuters can pay as little as €1.68.

Since December, things have gotten even better for Galway Commuters, with an expanded city fare zone. Now public transport users in Oranmore and Barna can pay city fares. That’s only €1.98! 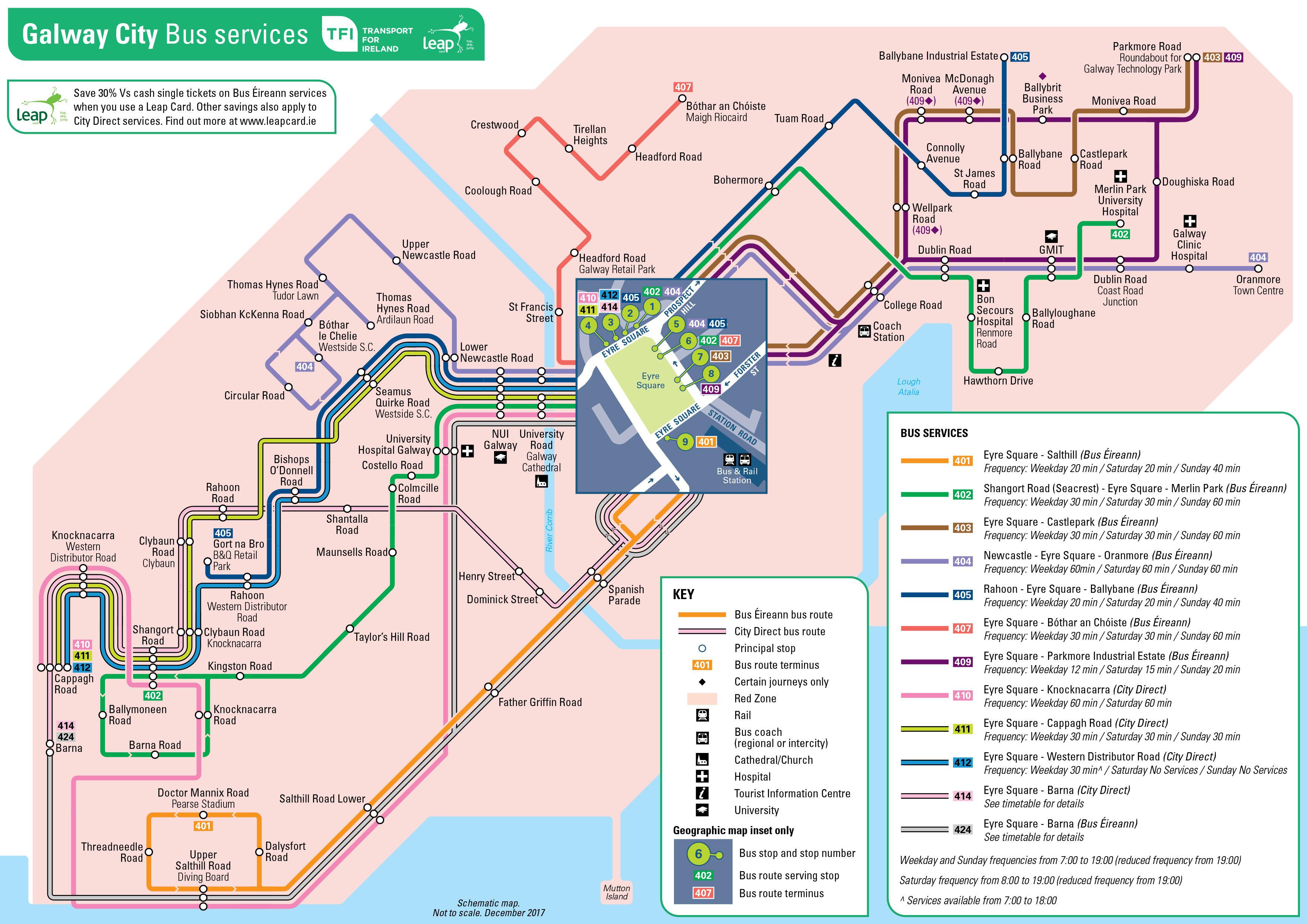